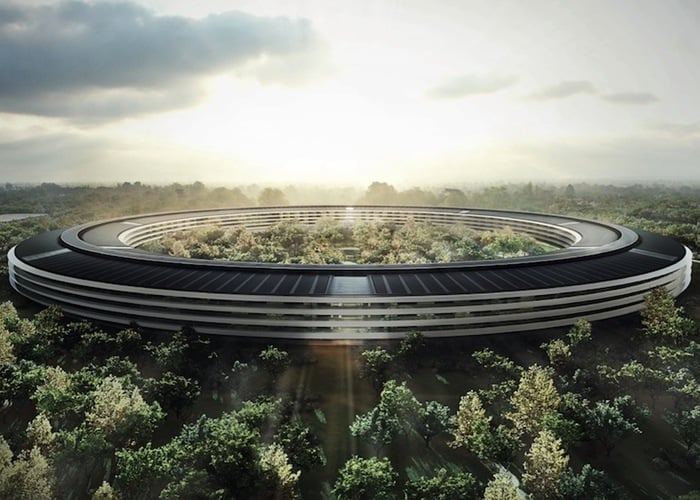 A new 3D rendering video has been released this week for the new Apple Campus 2, which provides a more detailed look at the scale of the project Apple and its construction crews are undertaking.

The Apple Campus 2 spaceship style building was first unveiled back in June 2011 and is being built using a budget of $3 billion, and is currently under development but rumoured to be behind schedule and over budget by an estimated $2 billion.

The Apple Campus 2 is expected to be opening sometime in 2016 and is situated in 175 acres and plans to locate up to 13,000 Apple employees in one central four-storied circular building as in the image above, providing approximately 2,800,000 square feet of office space.

Apple has had a presence in Cupertino since 1977 when Apple was first started, which is why the company decided to build in the area rather than move to a cheaper location further afield. Located in the centre of the circular building is a stage and what looks like seating, which could be used for future announcements, launch events or even huge office parties.

Check out the 3D rendering of the new Apple Campus 2 below to learn more about the project and its scale and location.