According to a recent report by Interbrand, Apple has taken the top spot for the world’s most valuable brand, Coca-Cola has previously been in the top spot for 13 years, it is now in third and Google is in second place.

According to the report the value of Apple’s brand is around $98.3 billion, this is up 28 percent from the 2012 report, Coca-Cola who was previously in first place is valued at $79.2 billion. 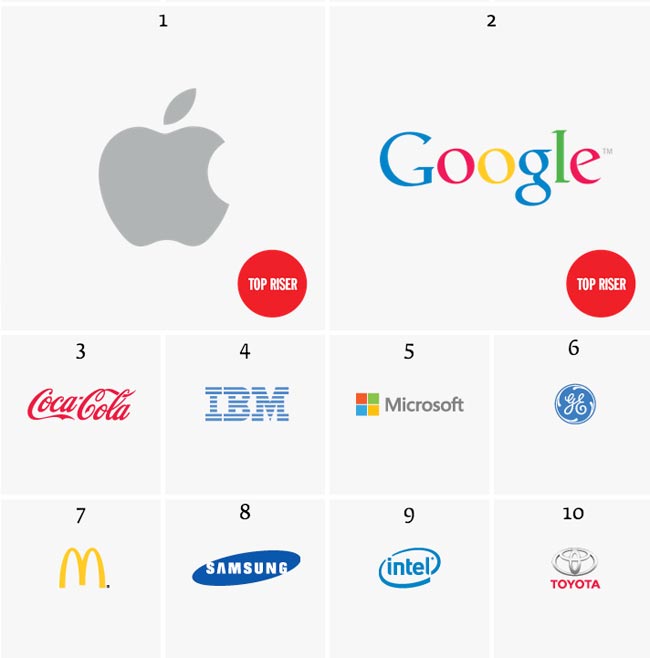 The list also includes companies like Microsoft, who are at number five, Samsung at number eight and Intel at number nine, Google is in second up from fourth place last year.