The Apple App store has reached a massive 50 billion downloads, and the person who downloaded the 50 billionth app, who has yet to be announced will win a $10,00 gift card for the iTunes app store.

It took Apple year years and 8 months to reach 25 billion downloads, it then took another 14 and a half months to reach the 50 billion app download mark, which means that apps are now being downloaded at a rate of 20 million per year. 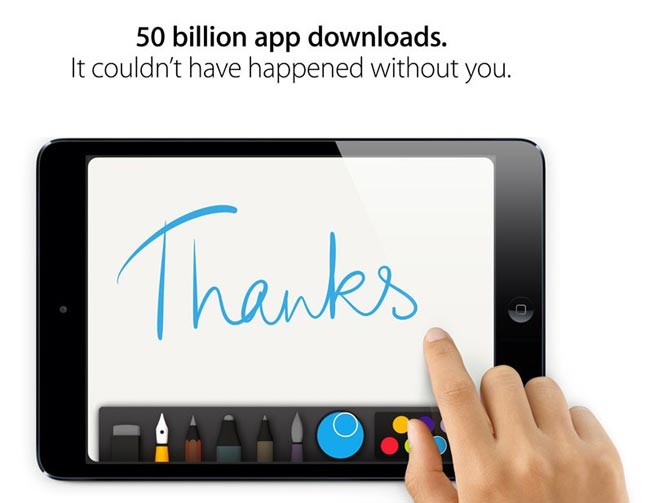 50 billion downloads certainly is impressive, and there are now around 50 million apps being downloaded every day, with around 850,000 apps available to download from the app store at the moment.