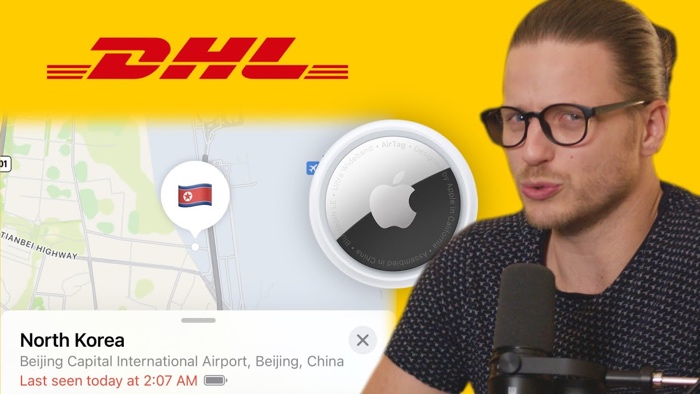 Some of our readers will remember when Jono from MegaLag sent his Apple AirTag to North Korea, he also sent some AirTags to Elon Musk and Tim Cook at the same time.

Previously Jono sent two AirTags to North Korea, neither of them arrived, they were both sent via DHL, so he decided to send a third AirTag to North Korea to see what would happen.

Now the third parcel with the Apple AirTag has been sent to North Korea and as we can see from the video, a similar thing happened with the parcel. This one was sent to South Korea and then returned back to Germany, the company has not provided details on where the parcel has been.

It would appear that three times in a row DHL has managed to lose the parcels even though they can still be tracked thanks to the Apple AirTags. We are looking forward to finding out what happens with the latest parcel to see if it turns up.