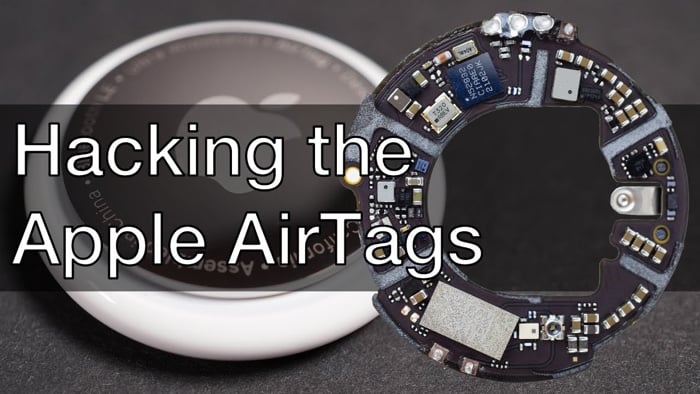 On Monday we heard that security researcher and YouTuber stacksmashing had managed to hack the new Apple AirTag tracking device.

Now we have a video from stacksmashing which shows us how he managed to hack Apple’s AirTag, lets find out how it was done.

As we can see from the video, hacking the Apple AirTag takes quite a bit of work, although the end result was impressive.

When the AirTag is scanned it takes you to a URL, this has been changed to take you to a RickRoll video on YouTube. It will be interesting to see what Apple does about this and whether they will be able to release an updated firmware for their Airtag’s that would stop the devices being hacked.