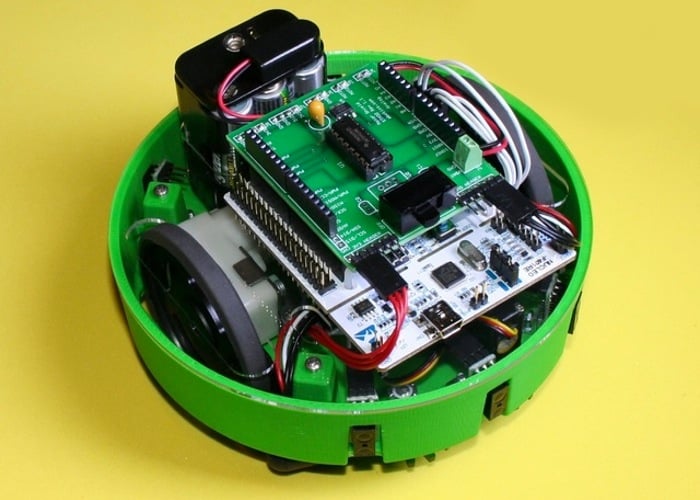 Students, makers and developers that are in the market for an open source robot might be interested in a new Arduino-based robot called Apeiros.

Apeiros has been designed and created by Abraham L. Howell, Ph.D based in the US and is a professionally designed open source robot that can be used as a tool for teaching or learning the STEM or science, technology, engineering, and mathematics. 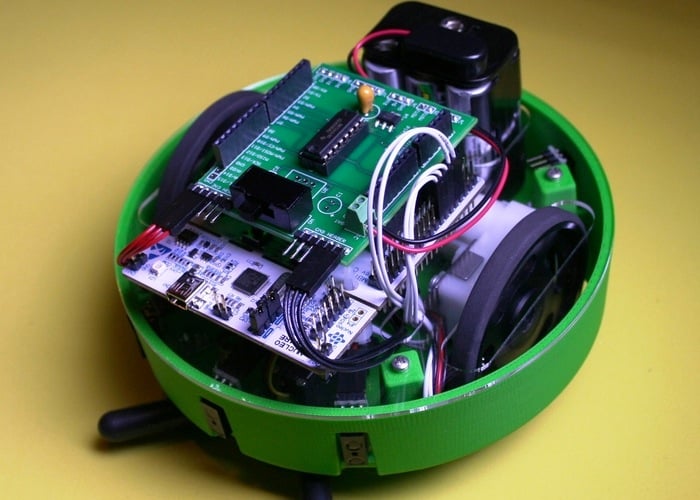 The open source robot is fitted with a Motor & Sensor Shield: Custom design by Abe Howell’s Robotics, and also has an optional IR Sensor: GP2Y0D810 and Line Following Sensors: 3-Sensor (QTR-3A) or 8-sensor (QTR-8A) by Pololu. Its creator explains :

“In order to be truly useful a robot must be able to both sense and manipulate its environment. Most robots can sense their environment and perform basic navigation. However, only a limited number of robots can manipulate objects by using various end-effectors such as a gripper. Apeiros has been professionally designed using 3D Computer Aided Design (CAD) software. A well-known hobby servo is used to drive a truly unique optional gripper mechanism.

Apeiros supports up to a total of (5) IR sensors; (3) in the front and (2) in the back. I have done my best to design Apeiros to be functional, but in a cost effective manner. In order to keep the cost of goods low l made sure that my robot body design was compatible with the injection molding process. The rear caster, (2X) GM8 gearhead motors and acrylic top plate are secured to the injection molded base using thread forming screws. Thread forming screws will form threads in the ABS plastic as they are tightened.”