I wonder how many different iPhone’s are going to be leaked between now and when Apple announces the iPhone 4G or iPhone HD at their World Wide Developer Conference next month?

Now more photos of the next generation iPhone have appeared on the Internet, this time the photo also features the white version of the iPhone 4G. 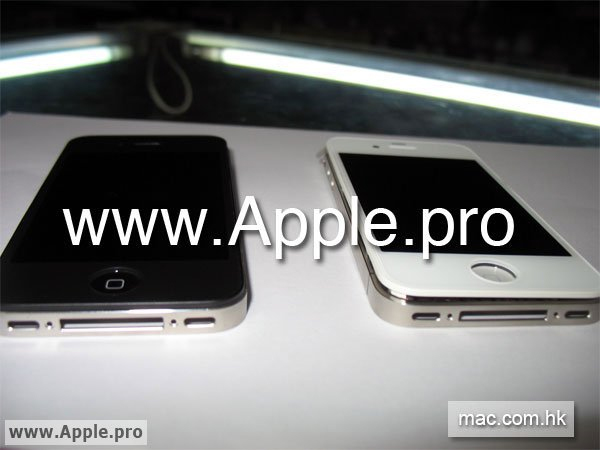 As you can see from the photo, the next generation iPhone in white now has a white fascia on the screen, as opposed to the black fascia on the current white iPhone 3GS.