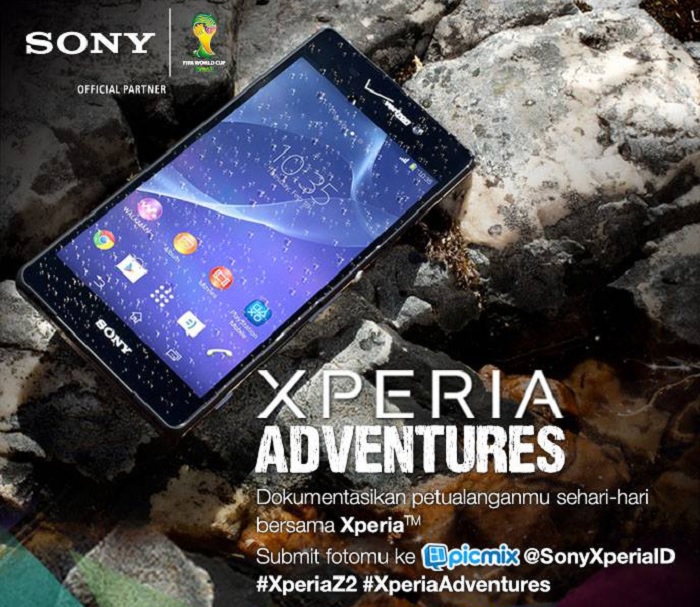 We’ve seen a number of leaks in the past few months, hinting at the possible launch of the Xperia Z2 on Verizon. Back in May, Sony Xperia Z2 was spotted on Sony’s Korea website, with a Verizon logo on the back of the device.

Recently, the company shared another image of the Sony Xperia Z2 on the Sony Indonesia page, with one thing in common with previous leaks — Verizon branding on the device.

Not too long ago, the prolific @evleaks said that Verizon will carry Sony’s latest flagship device, which will see the light of the day in the next quarter. There’s no word from Verizon or Sony about the launch of the device, but how many leaks do you need? Most of the time, the images came from Sony itself, hinting that Xperia Z2 will launch in the coming weeks. @evleaks says its taking time as it has to pass through certification and testing process before hitting the retail shelves.

As for the specifications, we’re assuming it will carry a similar set of specifications. The handset comes with a 5.2-inch 1080p display with a Snapdragon 801 SoC and 3GB of RAM on board. On the storage side, it comes with 32GB internal storage which can be expanded via a microSD card.

There’s a 20.7MP on the rear, as well as a 2.1MP front-facing camera. The device also features a 3,000 mAh battery to make sure there’s enough juice for the handset, and runs Android 4.4 KitKat as its operating system out of the box.

We’ll update you as soon as we get any other information regarding the launch of the handset on the Big Red.