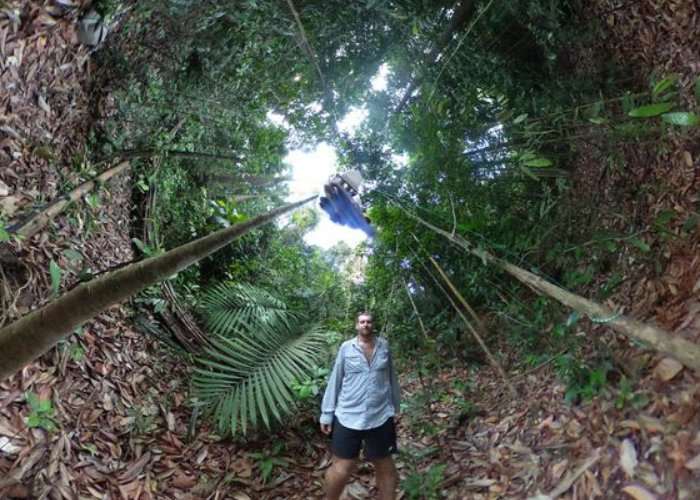 Wildlife photographers or hobbyists looking to capture photographs of the animals in their area may be interested in a new Arduino project which has been published to the Instructables website. That shows how to make a 360-degree wildlife animal trap camera.

Watch the video below to see the results you can expect as well as more about the build and construction of the animal trap camera system, which removes any blind spots thanks to its 360-degree lens.

The creator explains more about the inspiration behind his Arduino-powered 360-degree animal camera trap.

Camera traps are a super useful tool for field biologists and conservationists! They let us record animals without the presence of humans being in the way! You have probably seen their use on shows like Planet Earth to capture gorgeous footage of super rare leopards and such! They are also invaluable for monitoring less rare species in many different other climates though too! (And also as secret traps to catch poachers!). Cameras traps have lots of limitations though.

Full 360-degree camera traps can open up lots of new avenues of exploration for scientists and nature lovers! Capturing the full photosphere around the camera can help remove “placement bias,” and let the camera venture to places other cameras couldn’t go (like dangling up in the canopy!). I’ll show you how to make your own, with lots of fun examples with monkeys and GIANT LIZARDS!

This is the very first prototype of mine to get playing with 360 traps, so it’s a bit rough, but future improvements with the USB API (for less invasive hacking), and switching to waterproof cameras will make really durable awesome cameras you can rely on!