Palm Pre owners may have been feeling a little bit left out with Angry Birds being available on iOS devices and Android devices for some time, good news as the Christmas version of the game, Angry Birds Seasons is now available on webOS devices.

Rovio mobile has released Angry Birds Seasons for webOS and it is now available from the App Catalog for $1.99 for the Palm pre and Palm Pixi. 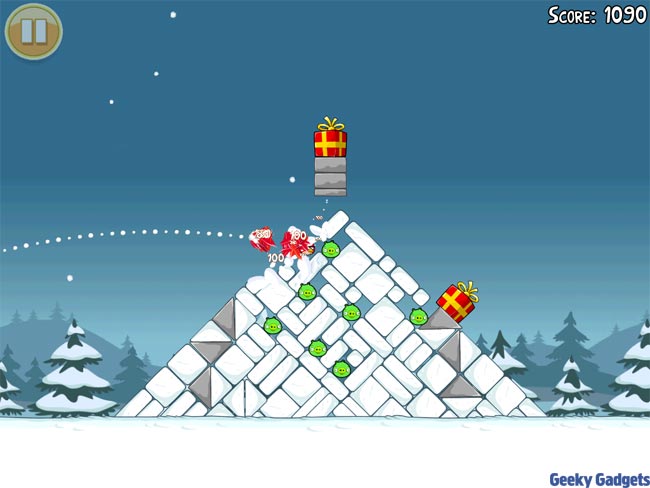 It looks like the Rovio Mobile guys are expanding the number of platforms the game is available on, we have already heard it will be coming to games consoles and it looks like there will also be a PC version of the game released.

Pre Central via Into Mobile, Gadgetsteria