If you were hoping to be able to play Angry Birds on your Windows Phone device, unfortunately you are going to have to wait just a little while longer as Microsoft has announced that their expected launch date of May 25th has now had to e pushed back until the 29th June.

The Angry Birds game designed by Rovio is one of six titles being added to the Windows Marketplace via the Xbox Live ‘Must Have Games’ program. Which will now start with the release of Hydro Thunder Go on May 25th, a remake of the acclaimed arcade classic. 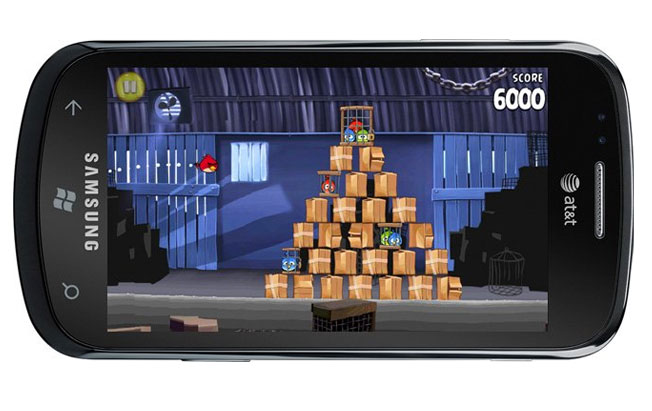 The other games to arrive are Doodle Jump on te 1st June and geoDefense will be added on June 8th. When Angry Birds does arrive in the Market Place it will be packed with 195 levels and cost $2.99.

The new Microsoft ‘Must Have Games’ will be delivering the biggest names in mobile games complete with Xbox LIVE Achievements, leaderboards, and more.

Angry Birds has now hit a record 200 million downloads, making it one of the most popular mobile games of all times.