Fans of the Angry Birds games on the iPhone and Android smartphones have something to look forward to this holiday season, a Christmas themed version of Angry Birds.

Rovio Mobile have yet to announce the Angry Birds Christmas game, but the guys over at Finnish TV site MTV3 have have a screenshot from the new game. 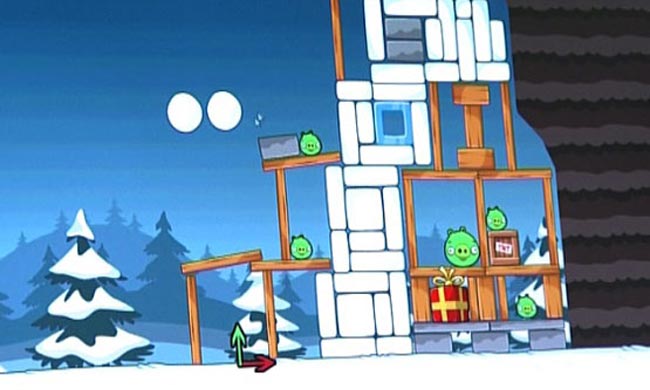 It looks like the Christmas themed version of Angry birds should be out before the end of the month, so I guess you will just have to play Angry Birds Halloween until then.