You draw a card and build the structure shown before your opponents launch Angry Birds in an attempt to knock down the structure-and the pigs-to win points. 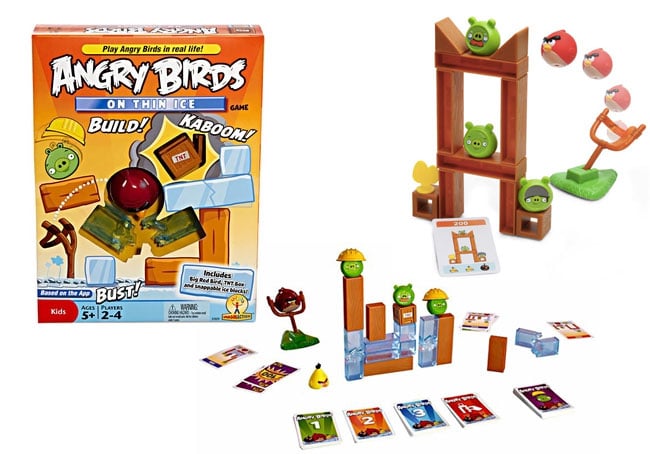 Angry Birds On Thin Ice, lets players build, launch and destroy with fun new features, including pigs with helmets, breakable ice block building pieces, an “exploding” TNT box and a new large red bird character. In the prior version three Angry Birds were included, this time there are only 2 Angry Birds ( the big red bird and yellow bird), 3 green pigs, 2 of which can wear the included construction hats.

The new Mattel Angry Birds Board Game On Thin Ice is now available to pre-order from the Toy Wiz website for $20.