But will it control you? We can’t tell. Judging by its name alone, the Sanyo-made Mirai is the latest uber-gadget that uses Android OS, which is another boost for the Google guys as they now possess the technology to control the future. It’s Japan only though. 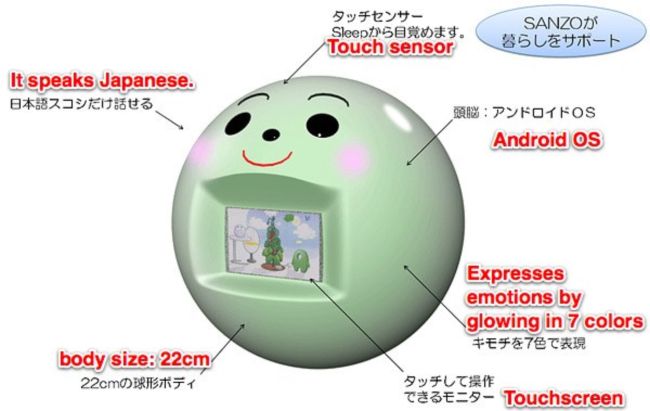 Anyway, as illustrated above, the Mirai Sano is a robot that keeps your house in order. Think minutely adjusted temperature, air conditioning, and kitchen appliances.

Of course, while the gadget inclined may embrace the Mirai warmly, it does inspire reservations. Reservations such as: why allow an autonomous appliance to run your house?

Also, it might inspire more than a few psychological horror movies about humans oppressed by their household AI. Wasn’t there a Simpsons episode along these lines? If we remember correctly, Pierce Brosnan was voicing the evil robot.

A while back, some anonymous commenter posted something along the lines of ‘I always knew Google will be the real Skynet.’ How true, how true.

Moving on, the Mirai Sano hits Japanese retail outlets on Friday. It looks affordable too.