If you have an Android smartphone or tablet you might be pleased to learn that MSI have launched a new Android overclocking application called Afterburner at Computex this year to help you push your PC MSI graphics cards to the limit.

The new Afterburner Overclocking App has been co-developed by MSI and software programmer Nick Connors and has been specifically designed to allow Android users to adjust or monitor Afterburner settings on their PC over a Wi-Fi connection from their Android smartphone or tablet. 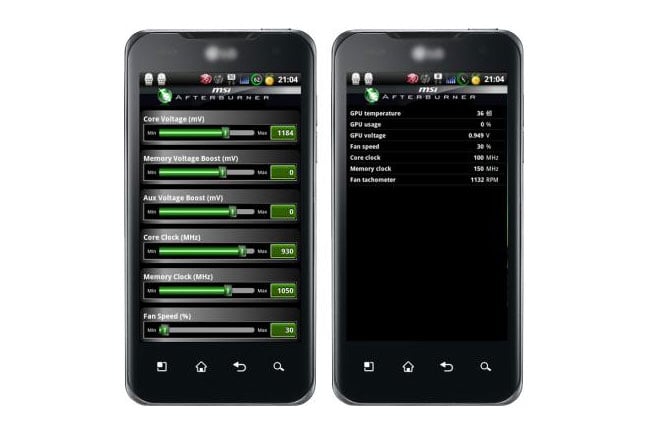 The new application can be used to monitor temperature, voltage and fan speed, and can also be used for overclocking and overvoltaging using the Afterburner utility installed on a PC over a Wi-Fi connection.

Key parameters can even be adjusted on the fly for specific testing scenarios to make breaking world records in performance even easier, says MSI. Take a look and our article on Android vs iPhone to see which smartphone and mobile platform is best for you.