Google’s Android Market is growing at an incredible pace, although Apple is currently ahead of it in the number of applications available to download, according to Analyst Markus Pohl, from Research 2 Guidance, the Android Market is on track to have more apps than the Apple App store by August 2011. 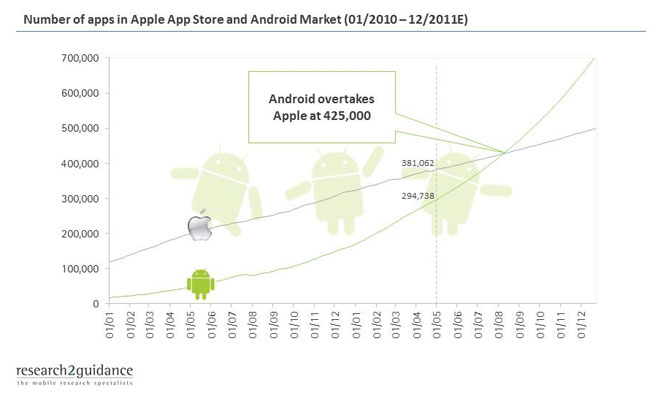 Google’s Android Market is the fastest growing app store today. Currently it shows growth rates more than twice as high as Apple’s App Store. In April Android added 28,000 new apps, whereas Apple lagged behind with only 11,000 apps. Each market leaders adds more apps to their store every month than other platforms have in total.

It will be interesting to see if these predictions come true, and if Google’s Android Market is capable of overtaking the Apple App store for the number of applications available. Take a look and our article on Android vs iPhone to see which smartphone and mobile platform is best for you.