We have heard rumors before that Google’s Android Market would be available on Google TV devices, and now it looks like the Android Market may be headed to Google TV in the not too distant future. 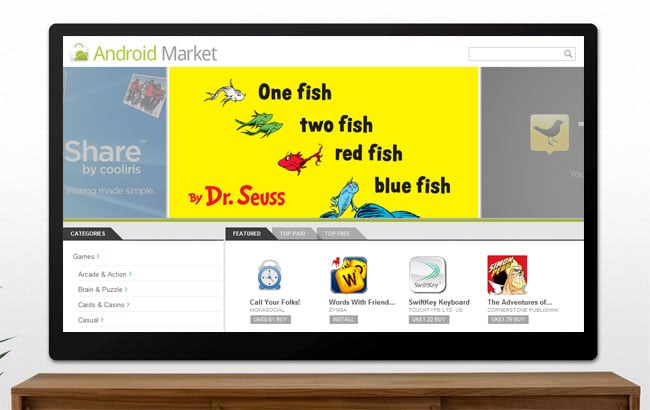 According to Logitech’s Ashish Arora, a version of Google’s Android market is in the works for Google TV devices, and it may be coming to the platform very soon.

Arora answered in the affirmative, although his answers didn’t quite nail down the timeframe. “It will happen shortly,” he said. “It’s a given that it will happen this year, 100 percent,” he said.

“We’re talking about a very short term,” he said.

There are no details as yet exactly what the Android Market will bring to Google TV, it isn’t clear if some of the existiing apps will be compatible with Google TV, or if a new category of apps will be launched specifically for Google TV devices.

As soon as we get some more information on when the Android Market will be available for Google TV, we will let you guys know. Have a look and our article on Android vs iPhone to see which smartphone and mobile platform is best for you.