It looks like Google’s Android Market may be coming to Google TV devices in either March or April of this year, according to the guys over at Android and Me who were recently told the feature would be added by someone from Logitech.

Google may be adding a new feature to the Android Market that will filter Android applications, and stop users of non touchscreen devices from downloading apps which require a touchscreen to work. 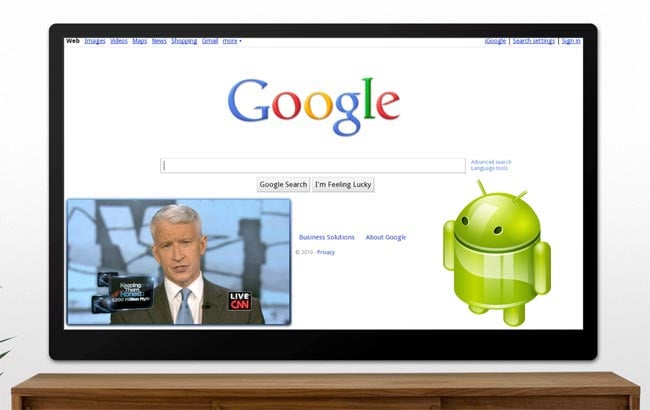 This would mean that the Android Market on Google TV would easily be able to offer users of Google TV devices apps which are compatible with their non touchscreen systems.

Google TV hasn’t got off to the best start, and the addition of the Android Market which would brings games and apps to Google TV devices is bound to make the platform more popular.

If Google does launch the Android Market in April or March, it could make Google TV devices more popular than Apple’s Apple TV which has had strong sales since it went on sale, unless Apple decides to add apps to their Apple TV around the same time.