Google also released the Android 2.3 SDK to developers, which gives us a good idea of the new features in Android Gingerbread. 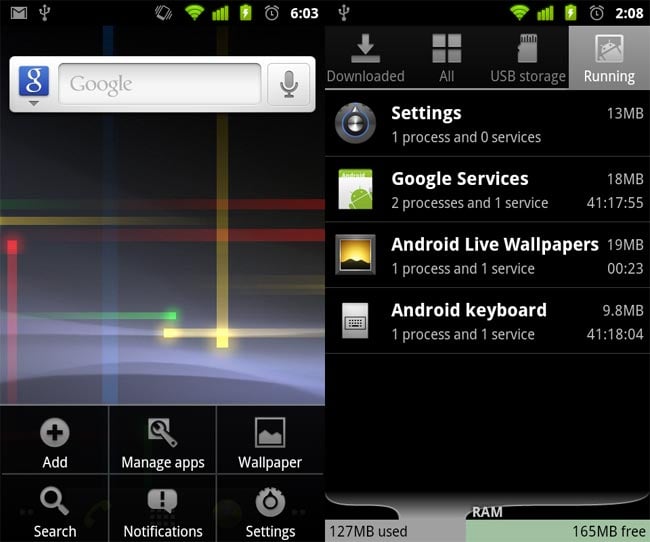 Some of the new features in Android 2.3, include some refinements to the user interface (UI), and the improvements are designed to make it faster to use and also more user friendly and easier to learn.

One of the major new features in Android 2.3 is Near Field Communication (NFC), and the Nexus S comes with a built in NFC application that can read NFC tags, and this is something we expect to see in the next generation of Android devices from a variety of manufacturers.

NFC will mean that you will be able to use your Android smartphone to pay for goods and services at shops, cafes and anywhere which is compatible with NFC payments, something that one day could possibly replace your credit card.

Android 2.3 Gingerbread also features a built in web phone to the OS, but according to Wired it doesn’t look that easy to use at the moment, as you will have to add your own SIP account in order to get it working.

Other features which have had an update include, copy and paste, there is also support for faster text input, with a redesign of the software keyboard.

You can find out full details of what is new in Android 2.3 Gingerbread over at the Android Developers website.