Android is becoming more popular as a smartphone OS, and more and more Android devices are being sold, now it seems according to Quantcast Android is also gaining in mobile browsing.

Quantcast are reporting that Android’s share of mobile traffic in the US rose to over 25 percent last month, which sees it ahead of RIM and other OS’s although it is still quite a way behind Apple’s iOS devices. 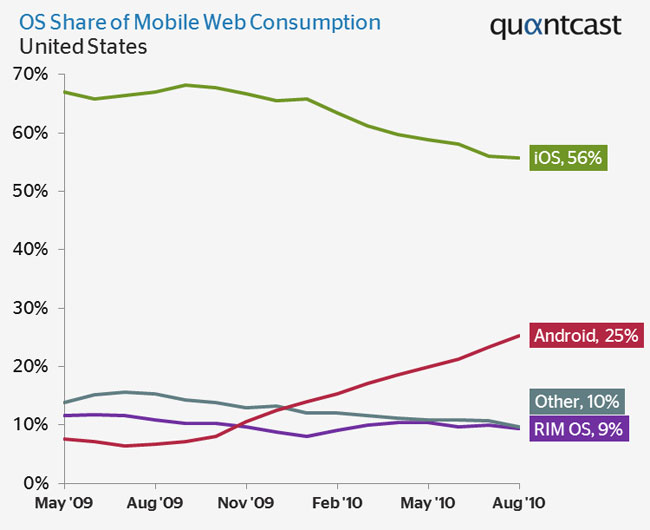 It seems that Android’s mobile web traffic rose by two percent last month, whilst other mobile OS’s took a slight decline. ANdroid certainly is becoming more popular, and it will be interesting to see where they stand over the next twelve month.