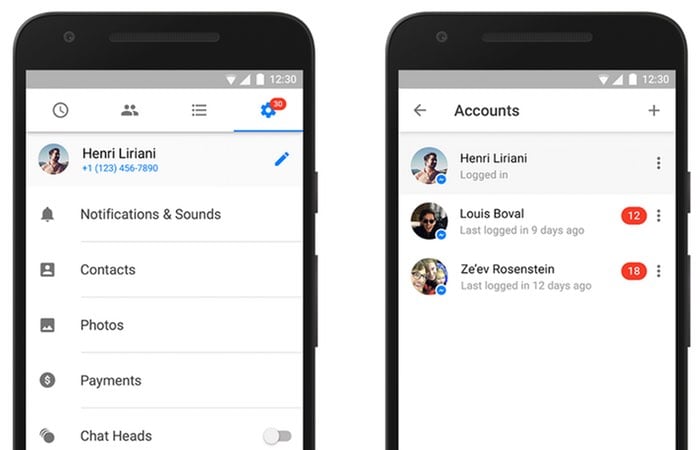 Facebook has this week announced a new update has been rolled out to its Android Facebook Messenger application which brings with it support to access multiple accounts from the same device.

The future has been long requested by users of Facebook Messenger and now it seems that the social networking giant has taken notice and added the feature in the latest release which also brings with it if you ever tweaks, enhancements and fixes.

Facebook has created the future to keep your messages completely private and anyone who shares your device will only see the notification icon rather than the content of your messages. Facebook explained more in its blog posts over the weekend.

All over the world, hundreds of millions of people share their phones and tablets with members of their family and friends. At Messenger, we want to make communication simpler, more seamless and secure, so we are happy that we have now launched a feature on Android that enables multiple people to log in and use Messenger from a single, shared device.

The beauty of this new feature is that your messages stay completely private. Anyone else who shares the device will just see the number of notifications of messages that you have, but they will never be able to see the content of your messages.

Here’s how it works.

– In the Messenger for Android settings, look for a section called ‘Accounts’.

– Add the accounts related to each person – signing up with Messenger takes only a few steps, and you don’t need to be on Facebook.

– In just three steps, you can move between accounts, and your private messages will always remain just that – private. It’s as simple as that.

– Of course if you want to stop sharing a phone, it’s simple to remove your account from that particular device.