Happy 5th Birthday Android! 5 years ago this week Google launched their very first installation of Android, which was included in the T-Mobile G1 phone which was also known as the HTC Dream. The T-Mobile G1 was the very first commercial product to run the the new Android LInux based operating system. 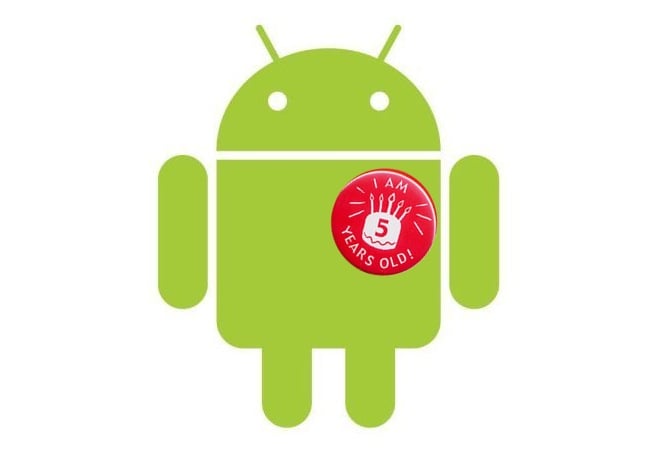 Since then Android has grown into a massive operating system and in Android’s share of the global smartphone market, led by Samsung products, was 64% in March 2013 and as of July 2013 there were 11,868 different models of Android device available worldwide.

Other statistics include the installation of 48 billion apps from the Google Play store as of May 2013, and as of September 3, 2013, there have been 1 billion Android devices activated. Not bad for just five years, I wonder how the next 5 years will play out.