We are expecting Google to release the next major version of their mobile operating system later in the year, the release is expected to be called Android 5.0 Key Lime Pie. 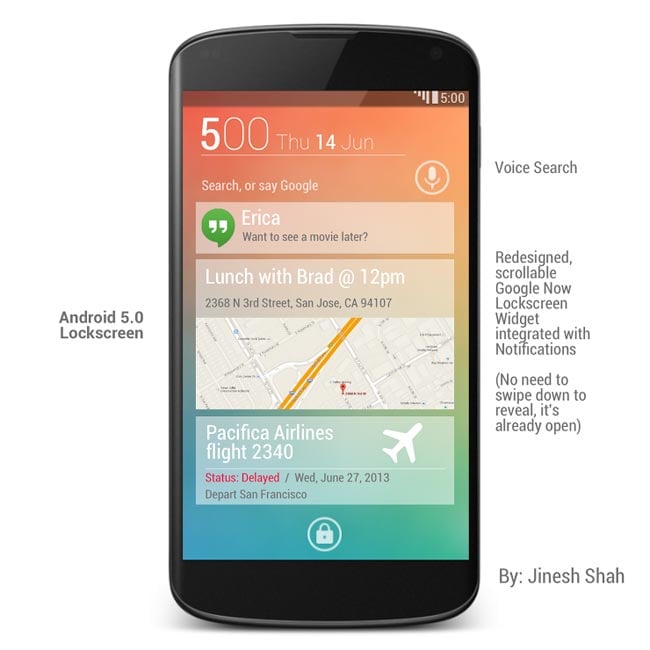 Designer Jinesh Shah has released some concept designs of what he thinks Android 5.0 Key Lime Pie should look like, have a look at the gallery below it certainly looks very interesting. 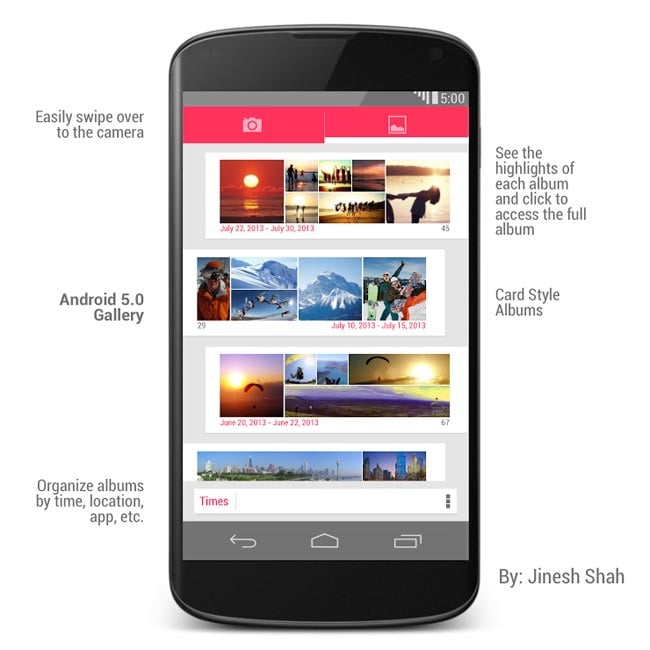 You can see more of these excellent Android 5.0 Key Lime Pie concept designs over at Google+, we hope Google sees these designs and decides to make Android 5.0 look as good as Jinesh’s designs.