Now some screenshots have appeared online of a Google Play edition Samsung Galaxy S4 running Android 4.3 Jelly Bean, have a look at the photos below. 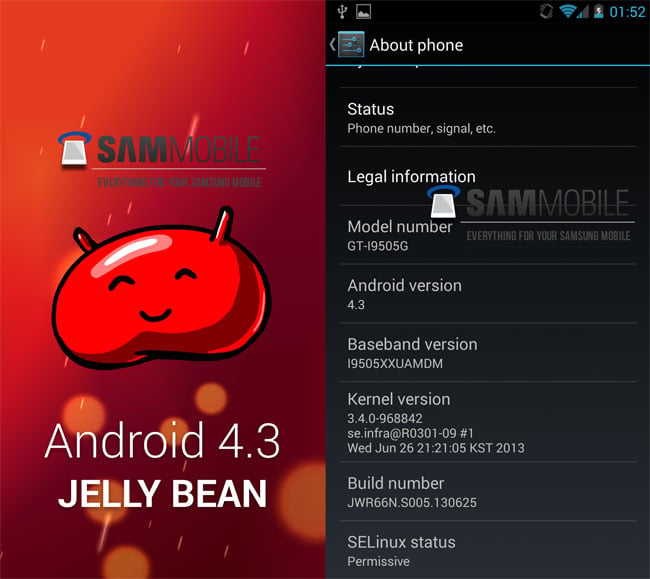 This would mean that the manufacturers already have access to the latest build of Jelly Bean, which would indicate we are getting closer to its release, as yet we do not have any details on when it will be available.