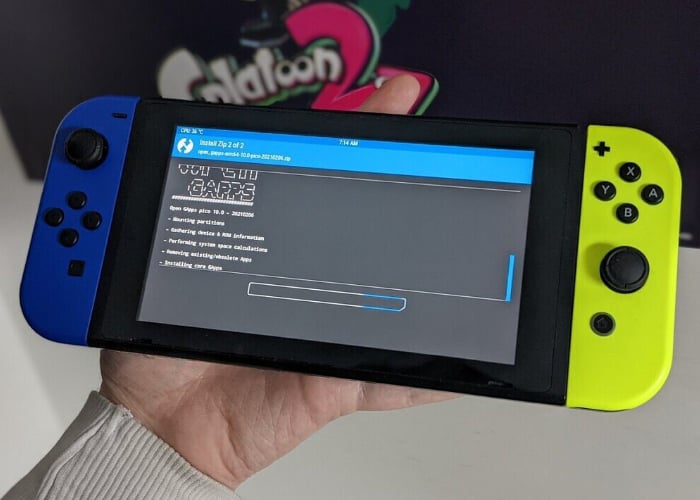 Nintendo Switch owners and Android fans may be interested to know Android 10 has just been an unofficially ported to the Switch handheld gaming console. Thanks to the SwitchRoot development team, who have made it possible to load the Android 10-based LineageOS 17.1 port on to your Nintendo Switch console if desired.

“In order to install this build, you’ll need an RCM-exploitable Nintendo Switch, a USB-C cable, a high-speed microSD card (formatted to FAT32), and a PC. If you already have the Android 8.1 Oreo build installed on your SD card, just make sure to back up your data before installing the Android 10 build, as flashing this new ROM will wipe all data. After installing the ROM itself, be sure to flash the Google Apps package, Alarm Disable ZIP, and Xbox Joycon Layout ZIP if you use an Xbox controller.”

Run Android 10 on your Nintendo Switch

The unofficial LineageOS 17.1 Nintendo Switch ports provide you with access to the following features onces installed :

For full instructions on how to load the Android 10-based LineageOS 17.1 port on to your Nintendo Switch console jump over to the XDA forums by following the link below