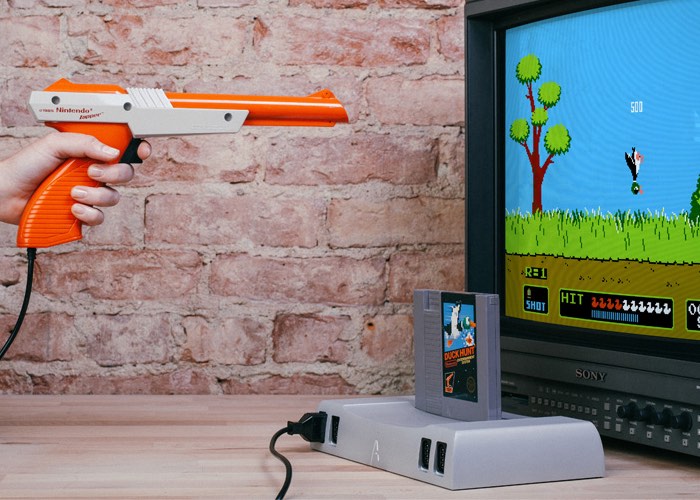 If you were looking forward to purchasing the new NES Classic console which was unveiled by Nintendo a few months back, but were then disappointed to learn that it would be limited to just 30 classic games.

You might be worth giving the new Analogue NT Mini little further investigation. The latest Nt mini console builds on the technology and design of the Analogue Nt console which was launched back in 2014 and provide support for more than 2000 titles from the NES, Famicom, and Famicom disk system all for a price of $449.

Check out the video below to learn more about the latest addition to the Nt range of consoles which provides support for SD card installations 1080p HDMI connections, overclocking, scanline configurations and more. For more information on the new Nt mini console jump over to the Analagoue website for details by following the link below.

The Analogue Nt mini is a reference quality video game system with reference quality control. Check out some of the features accessible during gameplay. Watch in 1080p @ 60fps for closest representation of output quality – Footage is captured directly from an Analogue Nt mini via an XCapture-1 @1080p. Menu system and features are under development, enhancements will occur.