We have seen quite a few remote controlled vehicles here at Geeky Gadgets, the latest one looks like it might be the coolest so far, the Amphibious RC Car. 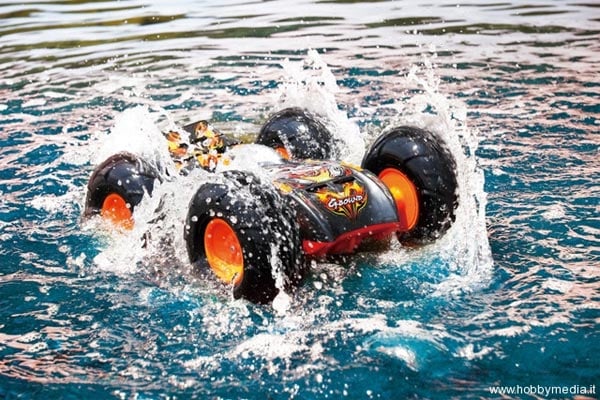 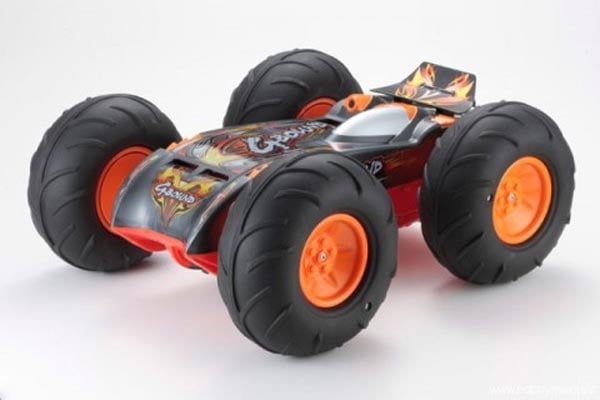 The G-Bound was revealed during the Tokyo Toy Show this summer and it’s finally out in the Japanese shops at 13.000 yen (~100 euro/$150) It’s produced by CCP , a sub-brand of the Japanese toy giant BANDAI, and has a re-chargable battery pack and a 27 MHz radio. Thanks to a waterproof body and inflatable tires (usually RC car tires are not inflatable) it’s an amphibious vehicle that can be used everywhere, even on water!!

Sadly it looks like it is only available in Japan at the moment, lets hope we see these in the US and Europe as they look like a lot of fun.