It was time for AMD to crack open the liquid -nitrogen and liquid-helium again as it set a new world record by clocking its new FX processor to a staggering 8.429Ghz.

The AMD Overclocking Team used a pre-release FX processor and a tank of liquid-helium to push the processor well over 8GHz (even with the anti-virus enabled at one point), setting a new world record for a modern processor frequency in the process to 8.429GHz, breaking the previous record of 8.309GHz.

Watch the video after the jump to see the AMD Overclocking Team in action. 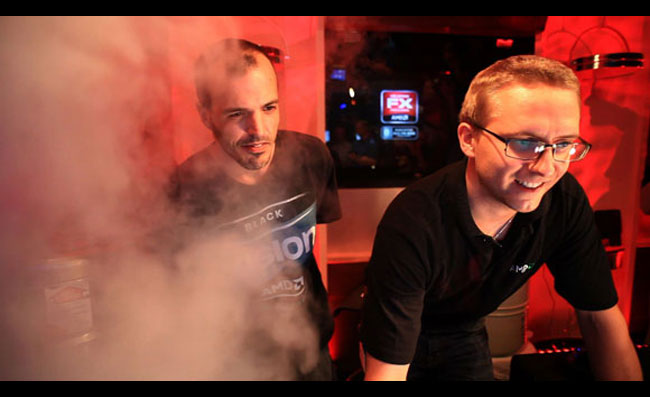