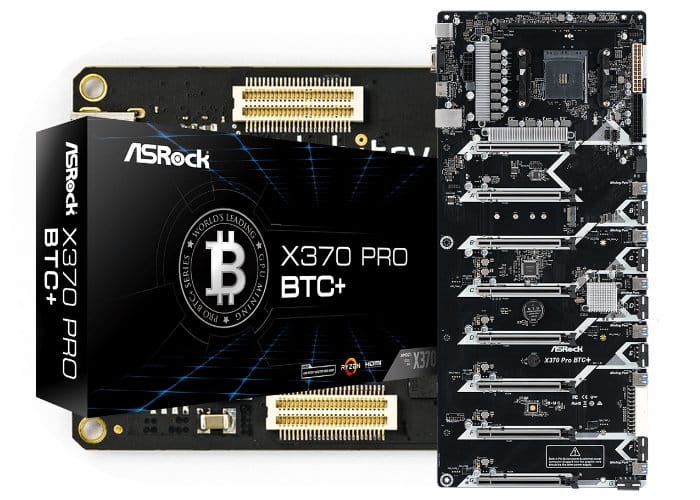 Cryptocurrency miners may be interested in a new AMD mining motherboard launched by ASRock this week in the form of the X370 Pro BTC+ supporting AMD Socket AM4 A-Series APUs and Ryzen Series CPUs. Other features include support for DDR4 3200+ (OC) (Ryzen CPU) / 2400 (A-series APU) and display connections in the form of D-Sub and HDMI. Other connections on the motherboard include 8 x PCIe 3.0 x16, 7 Mining Ports 2 x Rear USB 3.1 Gen1, 1 x SATA3 and 1 x M.2 (SATA3).

– The advanced PCI-E Steel Slots packed with solid cover that prevent any signal interference with graphics cards. It also ensures the heavy graphics cards to be well-installed in the PCI-E slots safely.

– Power On & Off system with onboard button is a must for open frame mining.