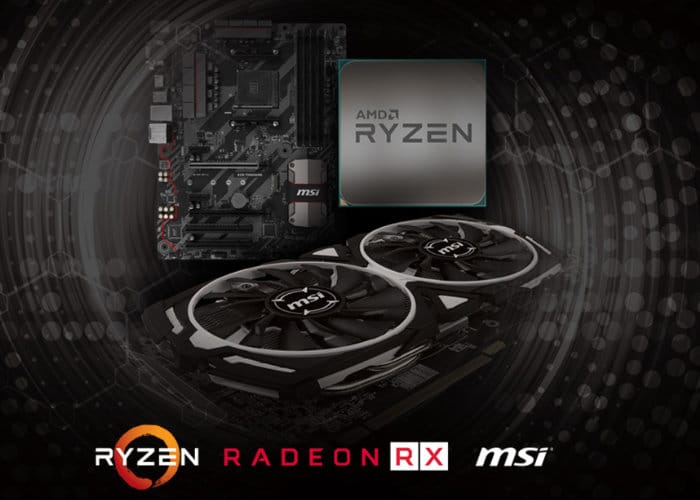 In the wake of the increase in graphics cards thanks to crypto currency mining, although this is now starting to wane a little. AMD has created a new Combat Crate that enables PC gamers and enthusiasts to quickly build a computer system without spending excess amounts of money. The AMD Combat Crate comes stocked with the essential hardware you need to “push your game to the next level and lay waste to the competition” says AMD. Offering an AMD Ryzen processor supported by powerful Radeon RX graphics backed by revolutionary Radeon Software Adrenalin Edition and a future-ready MSI motherboard.

“With up to 8 cores and 16 threads, Ryzen processors are more than ready to take on whatever you throw at them, tackling the most demanding games and tasks with ease. Ryzen processors are multiplier-unlocked, giving you the freedom to overclock your processor and push your limits putting even more might at gamers’ fingertips. Operating on AMD’s AM4 platform, wih numerous ports for additional hard drives, card expansion, and support for up to 64GB of DDR4 RAM, the TOMAHAWK is ready to power your gaming into the future.”

For more information on the AMD Combat Create bundles jump over to the official AMD website by following the link below.