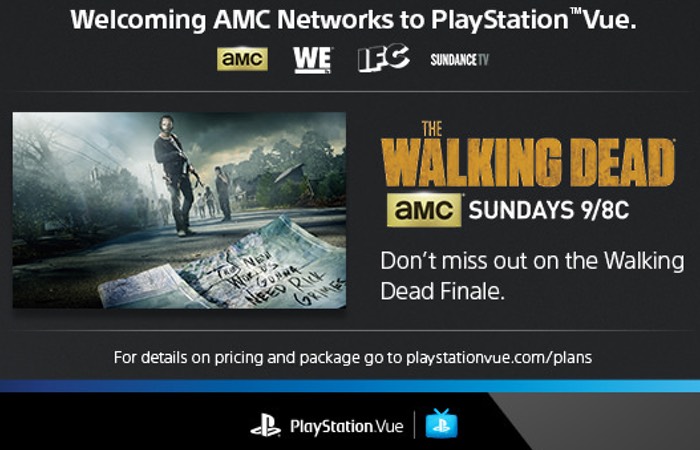 Sony launched their new PlayStation Vue cloud-based television programming service early this month in three markets throughout the US including New York, Chicago, and Philadelphia, streaming live TV and also on demand shows.

This week Sony has announced the addition of the AMC Networks further expanding the existing range of channels available to view via their PlayStation Vue service.

PlayStation Vue allows PlayStation 3 and PlayStation 4 gamers to view local TV shows as well as major channels and its available for a subscription of $50 a month in selected areas of the US at the current time. Although Sony will be expanding their TV service to other cities in the US. Sony explains a little more about the arrival of the AMC Networks:

Sony’s PlayStation Vue has no long contract to sign up to, you can just stop the service whenever you desire. PlayStation Vue also comes with a built in DVR and when you record a show, Vue will also show you all other episodes of that show withing the last 28 days which can be instantly streamed.