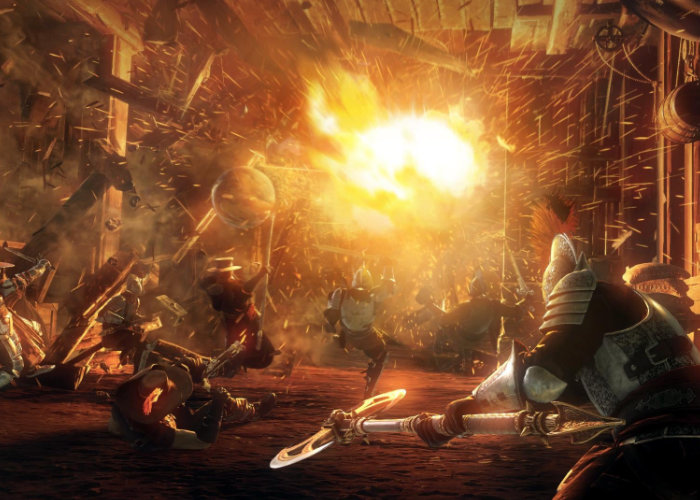 If you played the new Amazon MMO New World during its early development you will have already tasted the PvP game mechanics which in its early stages caused a “toxic environment” in the Amazon MMO New World game. With some higher level players taking advantage of lower less experienced or well-equipped players, killing them on site. Amazon has taken to the New World subreddit to explain more about its concerns and the changes it is making to the PvP component of the game. “So for those folks who desire that harsh PVP environment, New World may not be your favourite game, however, we do hope you enjoy the PVP we will offer” says Amazon.

Game developers at Amazon have created a new system is called PvP War, a 50 versus 50 PvP battle “by appointment” : “Companies will declare War on territories they wish to take over, draft a roster of 50 combatants, and agree on timing for the battle. The War will take place on a protected battlefield, keeping anyone who isn’t confirmed to participate, out. This helps ensure a fair fight, without distraction. During the battle there are two sides, attackers and defenders. Defenders will protect their claim flag which sits in the center of their Fort. The Fort is equipped with storage, crafting stations, and upgradeable wall defenses. The Attackers will earn points during battle to upgrade and build siege weapons and towers. The War ends if the Attackers are able to break through the gates and claim the flag, or if time expires.”

Amazon will be launching their New World game in a few months time on May 26th, 2020.