We have already seen a photo of the new Amazon Kindle Fire HD tablet, and now we have what appears to be a press render of device, that was posted on Twitter by @evleaks.

The new updated Kindle Fire HD is rumored to come with a full HD 7 inch display with a resolution of 1920 x 1,200 pixels, processing will be provided by a quad core Qualcomm Snapdragon 800 processor and it will also come with 2GB of RAM. 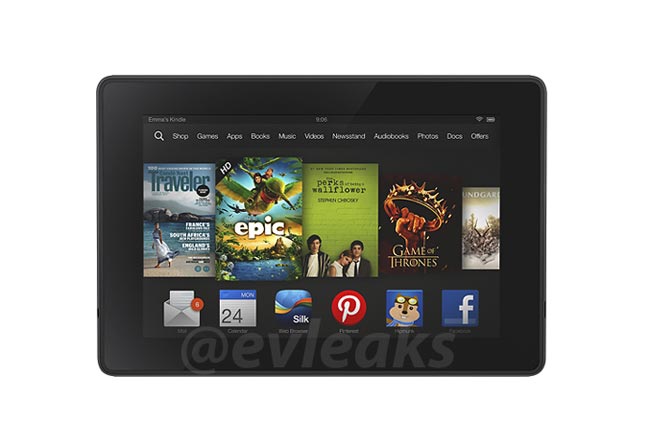 Other rumored specifications on the new Kindle Fire HD include Android 4.2.2 Jelly Bean, a choice of either 16GB, 32GB or 64GB of built in storage.

We are expecting some sort of official announcement from amazon on the new Kindle Fire HD tablet over the next few weeks, as soon as we get some more details we will let you guys know.