Amazon’s Kindle Fire tablet, which runs Google’s Android OS went on sale yesterday, and whilst the $199 Kindle Fire isn’t designed to be a direct competitor for Apple’s massively popular iPad, it will be interesting to see how the two devices compare.

The guys over at the iDownloadBlog put together the following video which compares on number of things on the two devices, which include web browsing, boot up times and Netflix streaming. 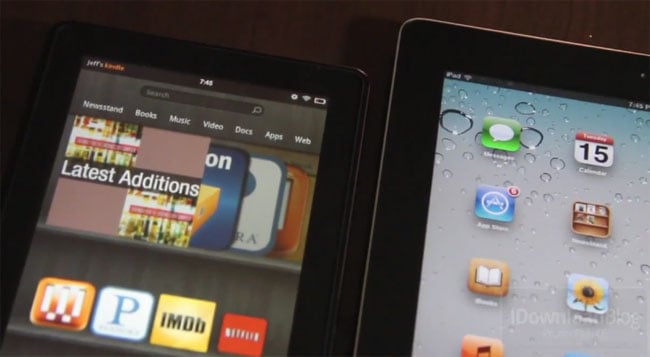 As you can see from the video the iPad isfaster during the boot up, although the Kindle Fire does almost manage to keep up with the iPad for web browsing, and Netflix seems to load faster on the Kindle Fire than it does on the iPad 2, you can find out more details over at the iDownloadBlog.