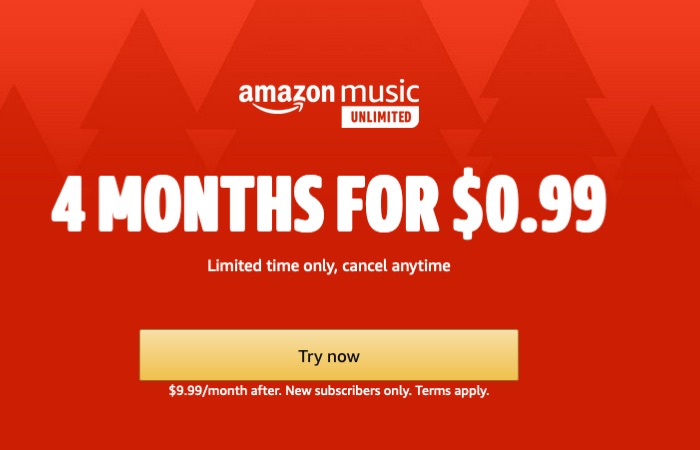 Amazon has announced that it is offering Amazon Music Unlimited for just $0.99 in the US for four months, they are also offering the same deal in the UK for £0.99 for four months.

Amazon’s paid music streaming service will give you access to around 50 millions songs and you can listen to these on a range of different devices.

You can stream the tracks or download them to your device and you can also play their Ultra JD and 3D tracks.