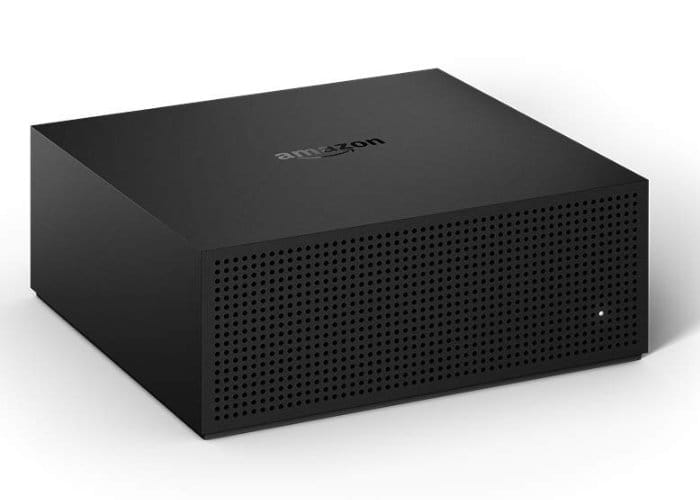 In addition to the plethora of other Amazon Alexa devices unveiled today, Amazon has also created a Fire TV Recast system that acts as a DVR and allows you to watch and record live over the air TV at home and on your mobile devices. The Amazon Fire TV Recast requires no monthly fees and uses the new Fire TV app to stream on compatible Fire tablet, iOS and Android devices.

“We are focused on making Fire TV an easy way to watch all the entertainment you love, whether it’s through streaming video services, cable and satellite providers, or even local broadcast stations,” said Marc Whitten, Vice President of Amazon Fire TV. “Now with Fire TV Recast, we’ve made it simpler to find, watch, and record live over-the-air TV at home and on your mobile devices.”

Features of the Fire TV Recast include :

– Fire TV Recast is a DVR that lets you watch and record over-the-air TV at home or on-the-go with a Fire TV, Echo Show, or compatible mobile device—with no monthly fees.
– Watch and record live sports, local news, late night shows, and other can’t miss TV from channels available through an HD antenna (sold separately) like ABC, CBS, FOX, NBC, PBS, and The CW.
– Record up to 2 shows at once, with enough storage for up to 75 hours of HD programming.
– With a compatible Alexa-enabled device, you can use your voice to search for shows, manage and schedule recordings, and help with other requests. Say things like “Alexa, open Channel Guide” or “Alexa, record ‘Riverdale.’”
– Fire TV Recast delivers the most reliable video streams over Wi-Fi of any over-the-air DVR.

For more information and full specifications jump over to the official Amazon press release by following the link below.