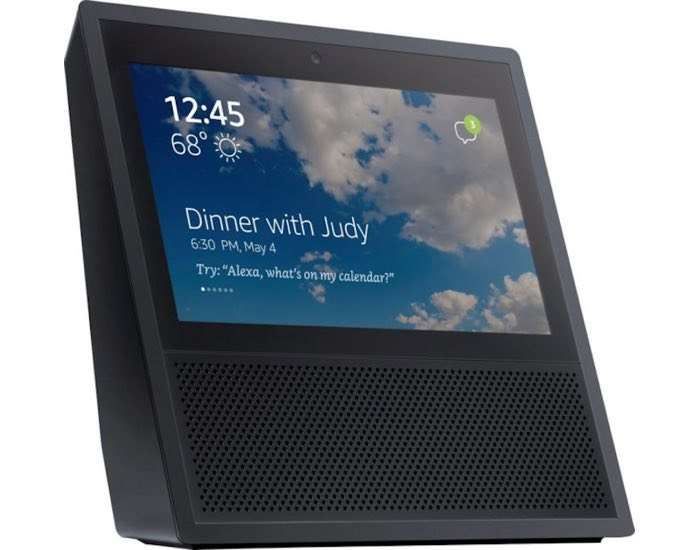 The other day we saw a leaked photo of a new Amazon Echo device with a touchscreen and according to a recent report, the device could be made official as early as today.

According to a report from the Wall Street Journal will come with a touchscreen display and a built in camera, which means it can be used for video calls and more.

The new Echo screen device will likely support some of the same functionality as the Echo Look, which will enable consumers to take videos and photos of their outfits and compare them via algorithms, according to one of the people. It is unclear why Amazon is launching the two devices so close together or how the market segments they target may differ.

This new touchscreen Amazon Echo device is expected to retail for around $200, as soon as we get some more information on the device, including a list of specifications, we will let you guys know.