Amazon’s Android App Store launched earlier today, and it looks like the Amazon App Store has launched with around 3,800 apps, which includes both free and paid apps.

According to All Things D, Amazon has been recruiting developers for their Android app store since January, and we can expect to see more applications added to the app store over the coming months. 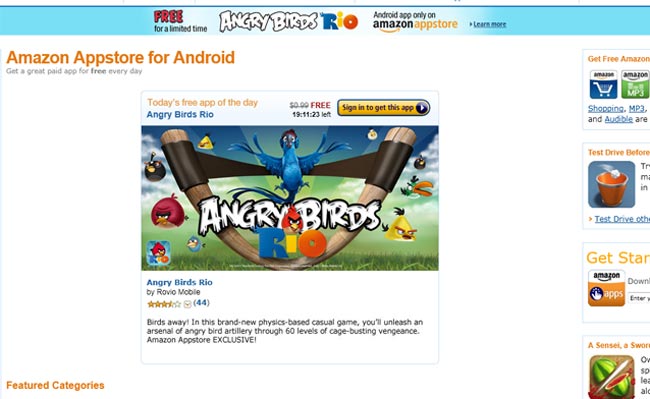 Whether the Amazon App Store will become a success remains to be seen, but with Amazon scoring major titles exclusively like Angry Birds Rio, we suspect that the app store will become popular with Android fans.

It will all depend on how many apps, and also what quality of apps Amazon is able to add to the App Store over the coming months, and also it may depend on what happens with the recent lawsuit that Apple has filed against Amazon for using the ‘App Store’ name.

You can find out full details of all the applications available over at amazon.com/appstore.