Amazon’s App Store has launched in the US, and you can now download a number of Android apps directly from Amazon, which include exclusive titles like Angry Birds Rio.

It seems that Apple is less than happy about Amazon’s use of the ‘App Store’ name, and according to a report by Bloomberg Apple has filed a complaint in the federal court in California on the 18th of March in an attempt to stop Amazon from using the term ‘App Store’. 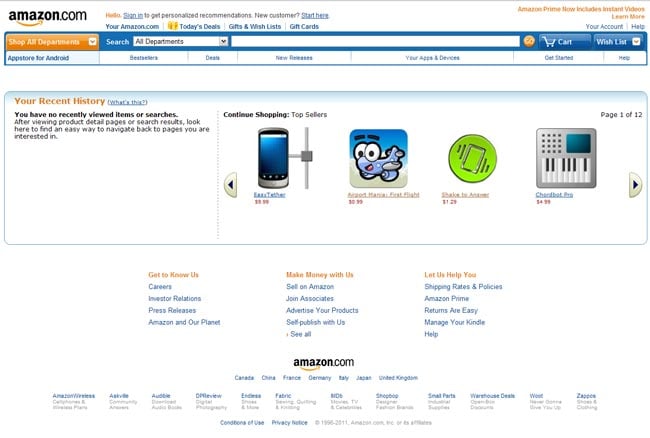 Apple filed a trademark application for the term ‘App Store’ in 2008, and has recently come under criticism from a number of companies, including Microsoft, who has said that the ‘App Store’ phrase is too generic.

Amazon has refused to comment on the case against them which has been brought by Apple, it will be interesting to see what the outcome of this court case is and whether Apple are allowed to keep the ‘App Store’ trademark. Have a look and our article on Android vs iPhone to see which smartphone and mobile platform is best for you.