We have featured quite a few different geeky coffee tables here at Geeky Gadgets, including some NES controller ones, but we think this is probably the coolest one to date.

The NES Controller Coffee Table was created by the guys over at 10up Deluxe, and it is a 10:1 scale replica of the original NES controller, have a look at the video of it below. 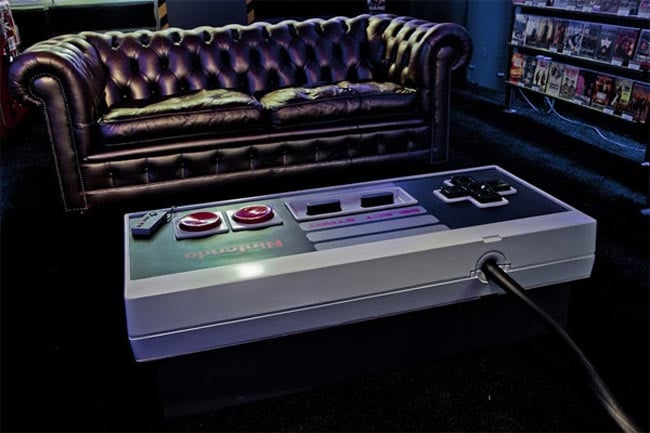 There is also an NES console built into the NES Controller Coffee Table, and the controls work so it can be used like a giant NES controller.