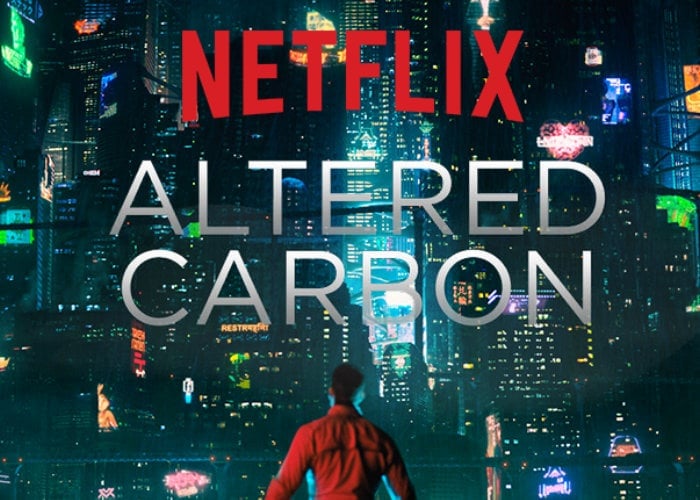 Netflix has this week confirmed that Altered Carbon S2 will be premiering next month and available to watch on the Netflix streaming service from Faber the 27th 2020. It has been two years since the original season launched and Altered Carbon S2 will consist of eight episodes. Unfortunately Netflix has not released a trailer to whet our appetite ahead of the second season launch but sooner one is made available will keep you updated.

Altered Carbon is an American cyberpunk web television series created by Laeta Kalogridis and based on the 2002 novel of the same title by English author Richard K. Morgan. “In a world where consciousness can be transferred to different bodies, Takeshi Kovacs, a former soldier turned investigator, must solve a murder.”

“The series takes place over 360 years in the future, with most episodes set in the year 2384, in a futuristic metropolis known as Bay City. In the future, a person’s memories and consciousness can be decanted in a disk-shaped device called a cortical stack, which is implanted in the vertebrae at the back of the neck. These storage devices are of alien design and have been reverse engineered and mass produced. Physical human or synthetic bodies are called “sleeves” and stacks can be transferred to new bodies after death, but a person can still be killed if their stack is destroyed. While this theoretically means anyone can live forever, only the wealthiest, known as “Meths” in reference to Methuselah, have the means to do so through clones and remote storage of their consciousness in satellites.”