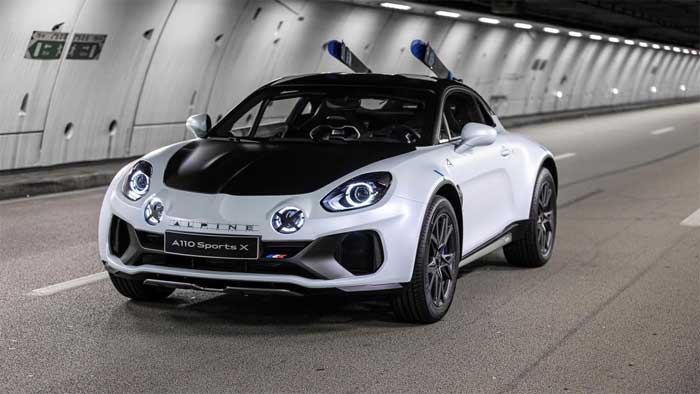 The Sports X is similar to the Rally version but ditches the big wing for space to carry skis. Alpine says that the car is inspired by the A110 rally car from the 1973 Monte Carlo Rally.

The car is a design concept and is 3.1-inches wider and has 2.4-inches of extra ground clearance compared to a standard A110. The ski rack is mounted over the rear window, and the car has a white and black color scheme. The car isn’t expected to make production, but it should we reckon.