Sony Xperia Z2 rumors are picking up their pace. Not too long ago, we spotted the back panels of the alleged handset, along with a rumor that the handset might see the light of the day at the Mobile World Congress next month.

Well, it’s Sunday, but that doesn’t stop the rumor mill from leaking stuff. Recently, some images of the alleged Sony Xperia Z2 have popped up on the internet, giving us a glimpse of the alleged handset — if correct. 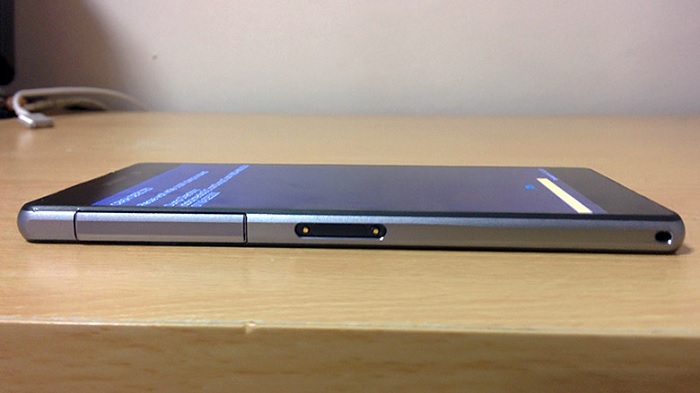 The images were posted by a user iRimas on the XDA-Developers Forums who tagged this phone as D6503 and share some pictures of the design of the phone, as well as its UI. At first glance, it looks quite similar to the Xperia Z1, but there are thin bezels on the sides suggesting that we might be looking at a slightly bigger screen, possibly of 5.2-inch.

On the bottom, there are three speaker holes, a microphone, with a microUSB port on the left side along with what appears to be a SIM tray. On the right side, it seems the handset also comes with a microSD card slot as well for expandable storage.

On the other hand, the power button, volume rocker, camera button, headphone jack, magnetic pins, and notification light looks quite similar to the ones found inside the Sony Xperia Z1.

Here are some of the images:

The details about its specifications are scarce, but rumors suggest that it will come with a 5.2-inch display sporting a resolution of 2560 x 1440 pixels, a quad-core Snapdragon 800 chipset, 3GB of RAM, 3,200 mAh battery and possibly Android 4.4 KitKat as the operating system. In terms of launch, rumors suggest it might make an official appearance at the Mobile World Congress.