LG G3 has seen its fair share of rumors in the past few days. Earlier this week, we saw some cases of the alleged LG G3, showing a different set of back buttons.

Now, another image of the purported LG G3 leaked, showing the new, redesigned volume and power button on the back. The image aligns nicely with the leaked cases images we’ve seen earlier this week. 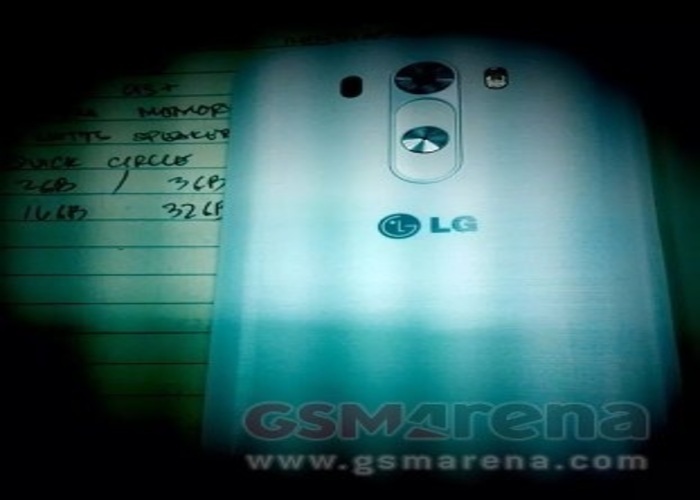 The image, which surfaced from GSMArena, is quite blurry, but it shows a number of new design features. Along with the back volume and power buttons, it also shows the camera with a flash, and some sort of sensor on the other side of the camera. At the moment, we’re not sure what it will be used for, but LG is going to introduce something new.

Rumors suggest LG G3 will rock a 5.5-inch display sporting a resolution of 2560 x 1440 pixels, 2/3GB of RAM and will be powered by a Snapdragon 801 chipset clocked at 2.5GHz, 16GB storage with a microSD card slot, 13MP camera for photos and videos with OIS+, 2MP front-facing camera and should come with Android 4.4 KitKat with a leaked UI on top of it.