We have been hearing a number of rumors about the new HTC M8 or HTC One 2 over the last few weeks, and now a photo has appeared online, which is apparently of the HTC M8.

The photo below of the HTC M8 was posted on Twitter, and it shows the back of the handset, and gives us some more information about the device. 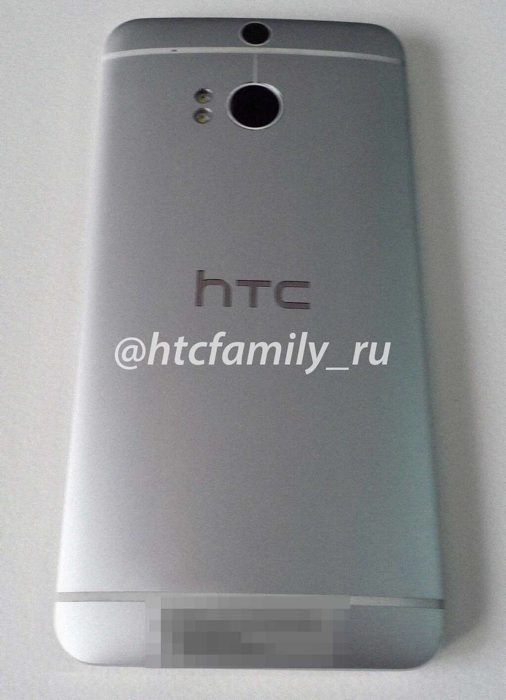 As you can see from the photo there are two separate cameras on the back of the HTC M8, one at the top of the handset, and one lower down with a dual LED flash.

Other rumored specifications on the HTC M8 include a 5 inch full high definition display with a resolution of 1920 x 1080 pixels.

The HTC M8 will apparently be powered by a quad core Qualcomm Snapdragon 800 processor and will come with either 2GB or 3GB of RAM.

The HTC M8 is also expected to come with a new version of HTC’s custom user interface, HTC Sense 6.0, plus the latest version of Android, Android 4.4 Kit Kat.

We are expecting the new HTC M8 to be launched in March, as yet we do not know what the handset will be called, the M8 name is said to be the codename for the device, we wonder if it will be called the HTC One.