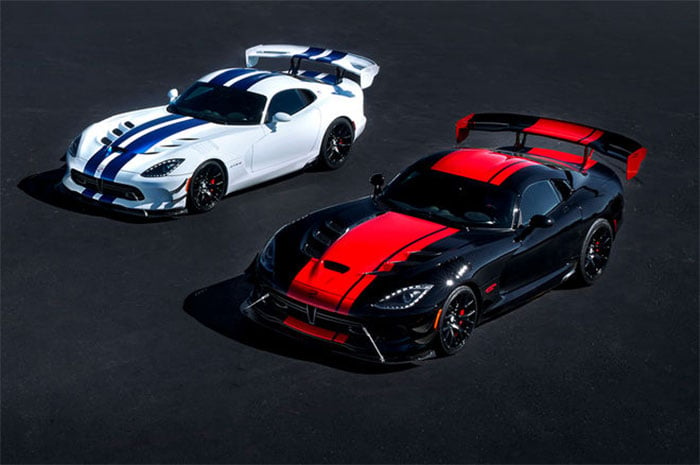 There is a furniture store in my town that holds a going out of business sale at least once per year. I guess the thought of getting a deal on the last of something is appealing to buyers. It turns out that it is appealing to folks who like the Dodge Viper as well.

Dodge says that all of the cars sold out in two days. All models except that 1:28 Edition ACR Viper sold out in 40 minutes after the order books opened. I doubt selling all 215 available males will save the Viper this time around. It was a cool car while it lasted, but many will agree that it wanted to kill you at any given moment. I also doubt that these cars will appreciate over time, values of Vipers haven’t skyrocketed historically. When well driven, those ACR Vipers are beast on the race track.