Anyone considering purchasing a BlackBerry PlayBook will be pleased to know that RIM has now reduced all its models down to one price of $299.99, for the 16GB, 32GB and 64GB versions.

RIM has been tweaking its BlackBerry PlayBook pricing for sometime, but the new deal only seems to be on the official BlackBerry Store. As other resellers are still pricing the PlayBook at $499 and above. 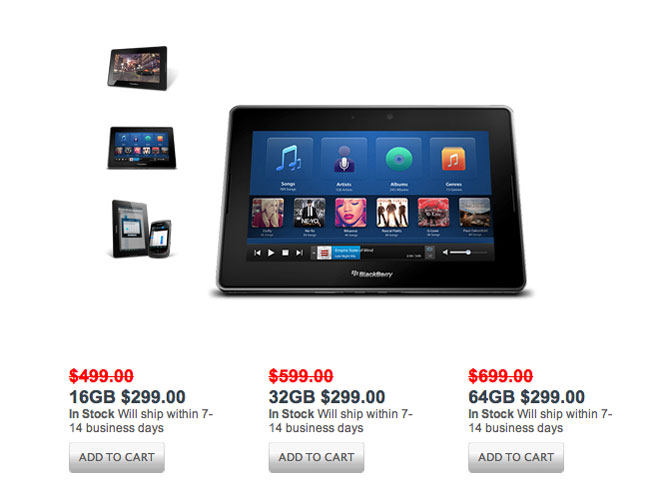 The pricing structure makes the 64Gb version look a great deal when compared to the smaller storage options. The PlayBook also features a 7 inch display with a resolution of 1024 x 600 pixel, powered by a 1 GHz TI OMAP4 dual core processor. Together with a 3 MP front camera and 5 MP rear camera both supporting 1080p HD video.

For more information on the price drops jump over to the BlackBerry website.