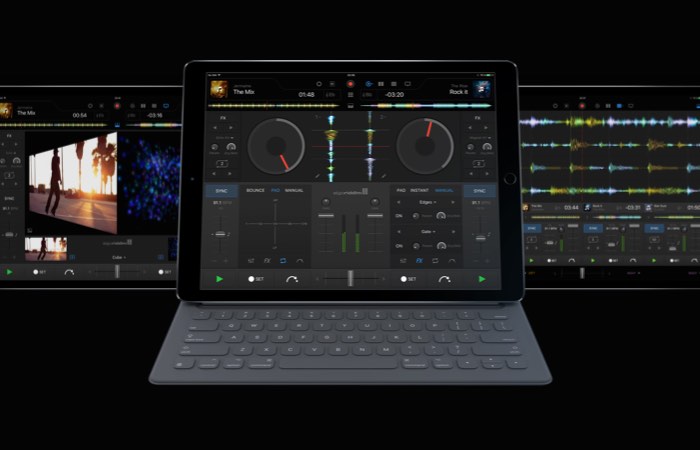 Algoriddim has today announced the launch of its new djay Pro application onto Apple’s iPad tablet, which is now available to purchase at a special limited time offer price of just $19.99 providing a good saving of the standard retail price of $29.99.

djay Pro provides a complete toolkit for performing DJs. Built exclusively for iPad, djay Pro seamlessly integrates with your media library and Spotify, giving you instant access to millions of tracks. Pristine sound quality and a powerful set of features including high-definition waveforms, four decks, and video mixing give you endless creative flexibility to take your sets to new heights.

At the heart of djay Pro is an innovative, modern user interface that provides flexible layers of functionality. It features advanced performance modes including horizontal and vertical colored waveforms, live sampler and drum pads, FX racks, a video mixer, as well as a powerful four deck view that allows you to play, mix, slice, and synchronize up to four tracks simultaneously.

For more information on the new djay Pro app jump over to the official Algoriddim website for details via the link below.