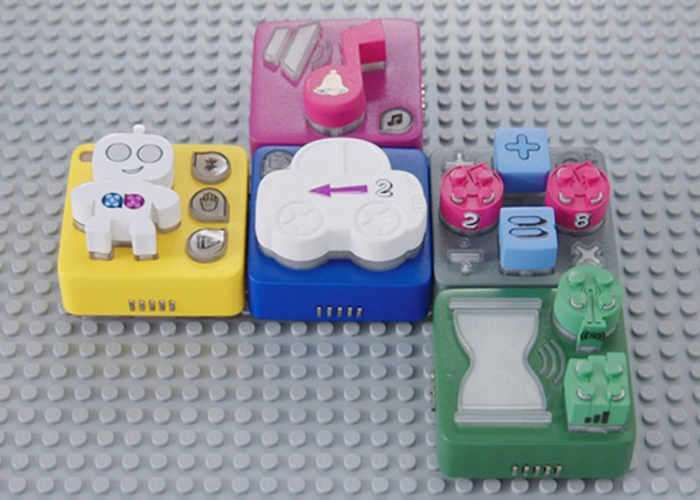 Algobrix has created a new learning system which has been designed for children between the ages of 5 and 13, offering an exciting way to learn more about computer and electronic programming using bots and playing.

The development team at Algobrix explains more about their new educational programming system which is taken to Kickstarter this week to raise the $50,000 it requires to go into production. With still 57 days remaining the team is very close to already securing its pledge goal thanks to over 180 backers.

Watch the demonstration video below to learn more about Algobrix, which is being marketed as the “ultimate coding learning game”.

Algobrix teaches kids how to code by guiding them through the steps of programming a robot’s movements. But instead of scripts to write, they have blocks to arrange, in a tangible way that’s true to real coding.  It’s the awesomeness of robots, the lasting fun of building blocks, and the problem solving of 3D puzzles. It’s Algobrix.

We set out to make coding accessible and tangible for kids everywhere by building code with LEGO compatible building blocks. And we couldn’t be prouder of the result. It’s comprehensive, patented, and just the best.   Instead of just teaching your kid to think like a coder, Algobrix teaches kids to actually program a bot. Coding with bricks, not syntax.

Jump over to the Kickstarter crowdfunding website for more details and details on all available pledges. If the crowdfunding campaign is successful shipping is expected to take place during February 2018.