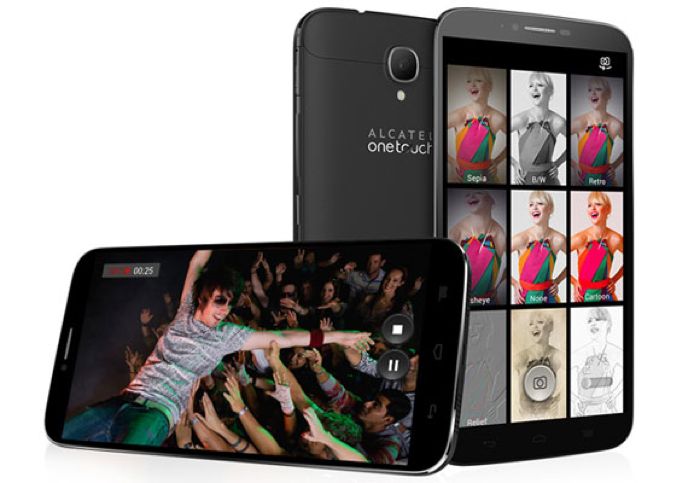 Alcatel has announced their latest Android smartphone, the Alcatel One Touch Hero 2, and the device comes with a 6 inch TFT LCD display with a full HD resolution of 1920 x 1080 pixels.

The handset is equipped with an eight core 2GHz MediaTek MT6592 processor and it also comes with 2GB of RAM and 16GB of included storage, the device also features a microSD card slot which can take up to 32GB cards.

Other specifications on the new Alcatel One Touch Hero 2 include a front facing 5 megapixel camera for selfies and video, plus a rear facing 13 megapixel camera with OIS and EIS, plus an LED flash.

The Alcatel One Touch Hero 2 comes with Android 4.4 KitKat and the handset features 4G LTE, Bluetooth 4.0, WiFi, A-GPS and more.

The handset comes with a stylus and it will launch in Europe before the end opf September, the Alcatel One Touch Hero 2 will retail for around €350 when it goes on sale later this month.